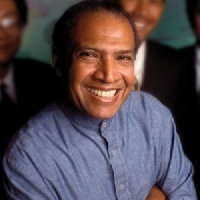 Last year was a rough patch for the self-made billionaire, Ananda Krishnan who works in the telecom industry. Shares in Maxis, which is his flagship telecom company dropped after the government proposed to auction and redistribute telecom company spectrum. This not only affected his fortune but brought up concerns of an expensive bidding war.

Furthermore, his pay television operator, Astro Malaysia also took a hit after Netflix came into the country in 2016. However, his Indian telecom unit, Aircal is talking with its competitor Reliance Communications about merging. All this is happening, while he is tangled up in a long-standing federal investigation within India about how he acquired Aircal. Krishnan denies all the charges brought against him.

He has been nicknamed “A.K.” for his ruthless business style. Krishnan’s estimated net worth is around $8 billion according to the last estimate by Forbes magazine. Krishnan’s fortune plummeted this year, and it showed as he dropped from the #129 spot on the Forbes Billionaire list to #158 in 2016. Ananda Krishnan was named one of Malaysia’s 50 Richest and influential people by Forbes Magazine.

The masculine name Ananda is a variant of Anand, which means “bliss” or “happiness” in Sanskrit. The name is used in many different cultures, including Hindi, Indian, Marathi, Telugu, Tamil, Malayalam, Gujarati, Kannada, and Bengali. There are many notable people with the name, from Ananda Everingham the Lao-Australian actor and model to Ananda the Indonesian racecar driver, even Ananda the disciple of the Buddha.

How prepared are you while planning for a baby?
Pregnacy, baby & parenting: how well do you know these fact?