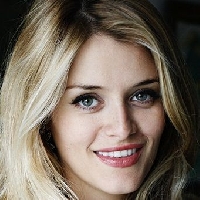 As one of the five co-hosts on “The Chew,” Daphne Nur Oz likes to talk about food on the ABC show. She has also appeared as a healthy living expert on many other shows, from “Good Morning America” to “The Dr.Oz Show”, “Dayside” to “the Rachel Ray Show”, and more.

When she is not appearing on television, Oz is writing bestselling books, like "Relish: An Adventure in Food, Style and Everyday Fun". Her very first book was called “Freshman 15,” which was all about how to start eating healthy in college for life. The book was very popular and she followed it up with The Dorm Room Diet Planner. She also collaborated on the book “The Chew: Food. Life. Fun.”

Although Oz was born and raised in the United States, she is considered a blue-eyed Circassian beauty like her mother. Oz’s paternal grandmother was Turkish and was of Shapsug descent from her great-grandparents. In 2016, Daphne Nur Oz was named one of the most influential Turkish-American women by Turk Of America a nationwide business magazine.

The feminine name Daphne means “laurel” in Greek. The name was taken from Greek mythology from a nymph that was turning into a laurel tree by her own father in an attempt to escape Apollo. The name has been used in the English-speaking world as a given name since the later half of the 19th century. There are many notable people with the name, from Daphne Athas the American author to Daphne Berdal the German anthropologist.

What Kind of Grandparent Will You Be?
How much do you know about vacination and child illness?