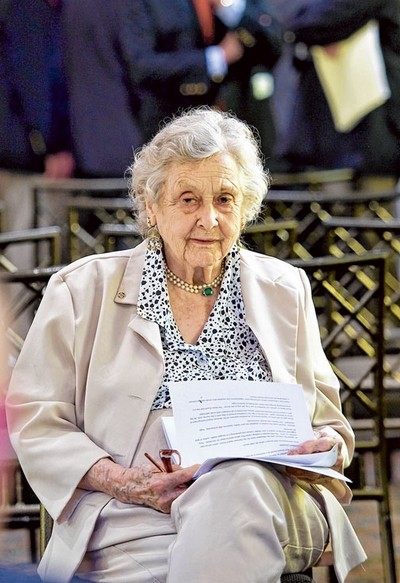 At the old age of 92-years, Doris Bohrer, a pioneering spy has passed away. The famous lady was featured in a NBC News story that looked at women who had been part of the CIA.

Bohrer was an agent in the OSS during World War II, in Italy, which later became the CIA. The agency made a statement, that she will be missed and prayers are with the loved ones of Doris, her many achievements will be remembered and she is an inspiration to many.

Doris grew up in Maryland and dreamt of becoming a pilot. However, after the civil service exam, she became a typist instead with the OSS. She was soon sent to the Adriatic coast to start analyzing photos at the young age of 21 – of concentration camps and troop drops.

Even though Bohrer and colleagues, determine that the Nazis were shipping civilians to concentration camps, there was not much they could do about it. Like other women in the clandestine service, they were called “The Girls,” and were not treated fairly. Thank goodness, much has changed over the years, as the CIA is now made up of a mixed group of males and females.

The name Doris is taken from the ancient Greek name meaning “Dorian woman.” Back in the 12th century BC, the Dorians were a Greek tribe that could be found in the Peloponnese. The name became popular in the 19th century as an English name, including the U.S. actress Doris Day, and now the spy Doris Bohrer.

Choose your Baby's Name with Care

Nature's course allows you to take up to ten months to think about baby names for both baby boys and girls. It is therefore a wise idea to use this time proactively and research the baby name you will eventually choose.