Iggy Azalea is in a Relationship 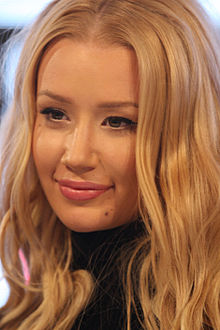 Now that Iggy Azalea has decided to ditch Nick Young and his away game antics, she has managed to find love. Or some version of love, someone to vacation with - spending money and making out.

Currently, the word is that Iggy is in a relationship with French Montana a former boyfriend of a Kardashian. According to US Weekly, they were observed in Las Vegas “hanging out,” which is polite tabloid talk for a couple that have had romantic relations. It seems like the relationship is blooming.

The two lovebirds can’t keep their hands off each other. “Friggy” even hinted to TMZ that they were a couple, after a snap chat video of them was posted by friends.

The name Iggy is masculine in origin, a diminutive of Ignatius, which comes from a family name in the Roman empire – meaning unknown. Later on, the spelling was changed to resemble the Latin word ignis, which means “fire”. This is a fitting meaning for the Australian rapper, songwriter, actress, model and director.

Iggy first moved to the United States from Mullumbimby, Australia at the young age of 16 to start a music career in hip hop. She was brought to fame through her YouTube videos for her songs “Two Times” and “Pu$$y”. After signing a record deal the star hit it big with her album – The New Classic. Which made her the first female non-American rapper to top the charts. Then releasing hits like “Work” and “Fancy”.

Form of Iggi. Only son.