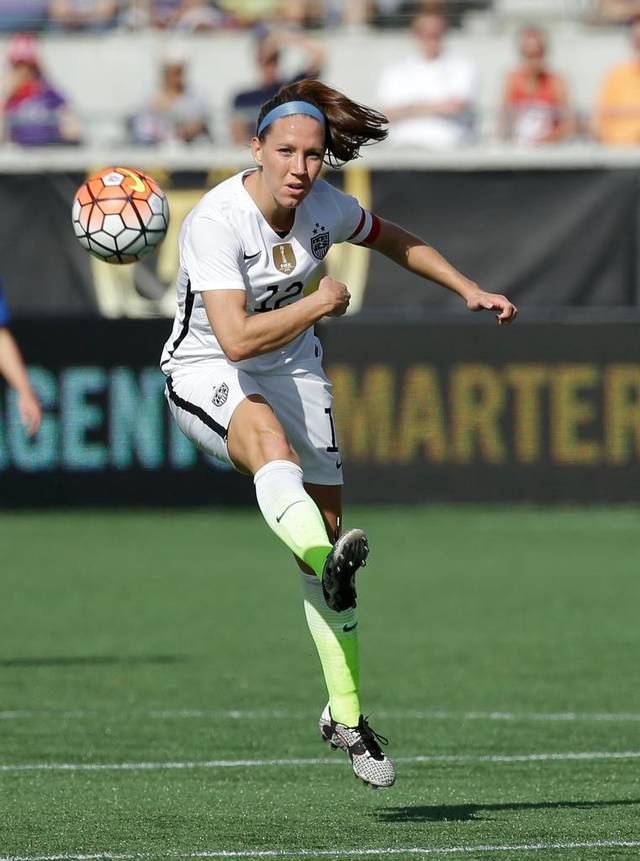 The former U.S. soccer player Lauren Holiday is pregnant and heading for surgery after she has her first child with Jrue Holiday. The surgery will be done to remove a brain tumor that was discovered last June.

According to the New Orleans Pelicans player Jrue Holiday, Lauren has her ups and downs, but she’s a fighter. Even though Lauren is having piercing headaches, she cannot have the surgery to remove the tumor that close to her orbital socket while pregnant.

Right now the couple is focused on managing her symptoms to ensure that Lauren and the baby are both healthy for the pregnancy. Doctors have assured them that Lauren should recover fully after the tumor is removed and the baby will not be affected.

Lauren played with the U.S. women’s national soccer team for many years and also won two Olympic gold medals. Many people are praying for the family right now and a healthy pregnancy, but would like some privacy.

The name Lauren can be either feminine or masculine, but is taken from the feminine form of Laurence, which means “from Laurentum” a city in Italy. The name was probably derived from the Latin word laurum or “laurel”. It became popular in the Middle Ages throughout England, as many saints were born with the name.

The name Lauren was originally only a masculine name but became popular as a female name after the actress Betty Jean Perske used the name Lauren Bacall for a stage name.

How your body changes in pregnancy?