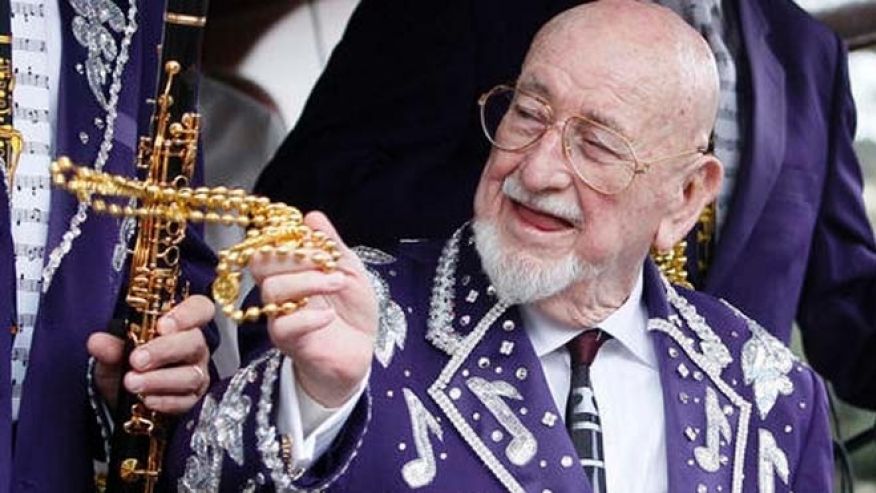 The smooth and irresistible clarinetist Pete Fountain, the Dixieland jazz artist, died of heart failure Saturday. He was known for his irrepressible wit and virtuosity in his native city New Orleans, from the stage to the decades of television fame nationally.

Fountain’s manager and son-in-law, Benny Harrell, stated that Fountain was receiving hospice care at the age of 86. While in care, he died Saturday morning.

He will be remembered for his infectious laugh and wit, as he was the epitome of traditional New Orleanian, he knew how to party and have a good time. Furthermore, he was know to television fans for appearing on Johnny Carson and Lawrence Welk shows. Besides being on these lighthearted shows, his blues music had a note of happiness to them.

The name Pete is a short form of Peter, which is derived from the Greek name Petros that means “stone.” This name was given to biblical figures like the apostle Simon Peter, who was an apostle in the time of Jesus’ ministry and is also thought of as the first pope. All because of this well-known apostle, the name spread throughout the Christian world with various spellings.

There are many people that are proud to hold this name, from Saint Peter Damian to the Russian tsar Peter the Great. Not to mention the fictional characters like Peter the Rabbit or Peter Pan, who liked to have fun and refused to grow up. Much like the jazz musician Pete Fountain.