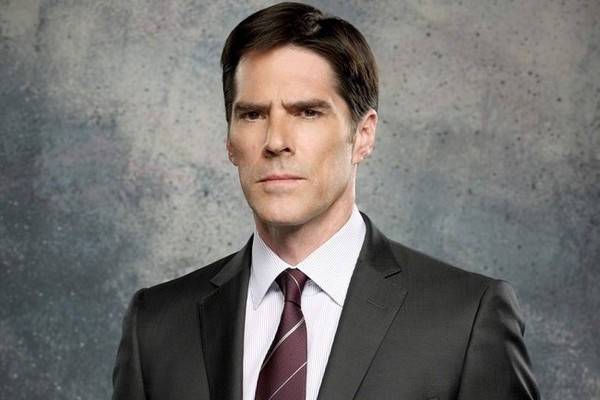 One of the stars from CBS’s longest-running shows – Criminal Minds – has been suspended for two weeks following an altercation on sight with a writer for the show. Thomas Gibson had creative differences with one of the writers and it caused a disagreement, which got out of hand. In a statement to CNN, Gibson stated that he regrets the entire incident.

In the end, Gibson just wants to make the best show possible and work together with everyone on set in harmony. The actor has been on the show for 11 years, playing Agent Aaron Hotchner and occasionally directing episodes of the series.

It was during his time directing an episode, that the actor kicked one of the shows writers off the set and reprimanded him over a script. This is not the first time that Gibson has had problems with co-workers. He has also had a previous altercation with the assistant director and was taken to anger management counseling.

The name Thomas is taken from the Greek word for the Aramaic name Ta’oma’ that means “twin”. The name became popular in the Christian world after the apostle who resurrected Jesus. Then in England, the name was introduced and became common because of Saint Thomas Becket.

Over the years there has been many famous people with the name, from Thomas Aquinas an Italian philosopher and theologian or Thomas Jefferson the American President, to Thomas Edison the inventor. Now Thomas Gibson can be added to the list.

Things To Consider When Choosing A Name

Most parents starts discussing baby names as soon as they find out that the stork's going to be paying a visit soon. From pinning down their favorite boy and girl names to arguing late into the night about which one is the best every parent invariably has more than one favorite.