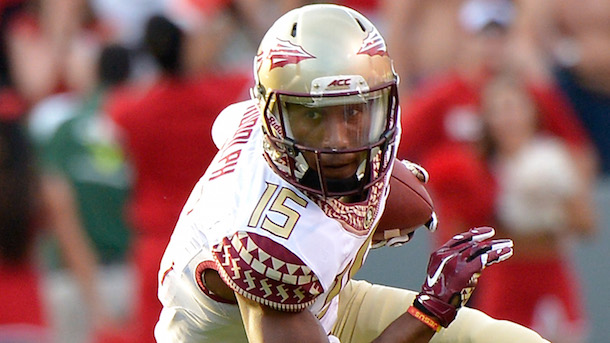 Every time Leah Paske’s sixth-grade son comes home to reveal that he ate alone at lunch time once again, it breaks her heart. Even though it doesn’t seem to bother the autistic boy, his mom still hopes that something will change at school.

In a Facebook post, the mom wrote - Sometimes he sits with a classmate, but most of the time it’s no one – those are the saddest days. However, Bo’s mom was crying tear of joy on Tuesday after she discovered that her son ate with Travis Rudolph a Florida State wide receiver.

Whatever inspired the kind football player to eat with her son, Paske explained it was the best day – she no longer had to worry. Rudolph and other plays from the FSU happened to be visiting Tallahassee at Montford Middle School when the wide receiver decide to sit at the large and lonely table with Bo.

Little did Rudolph realize how much his small gesture would change the boy and his mother. Rudolph stated that he would chill out with Bo any day of the week.

The masculine name Travis is taken from the English surname Travis, which is a variant of Travers; which was from a French and English place for those who live near a ford or bridge. The name is also from an Old French traverser that means “to cross”. This is a perfect meaning for the name of Travis Rudolph who would cross any line to help someone.

To cross the river