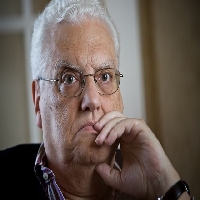 He has a Doctorate in Law, specializing in both Political Science and Administrative Law from the University of Lisbon. Right now he teaches at the Faculty of Law of the Lusofona where he also governs the chair of the Public Law and Economics in Law Degree. In 2016, Diogo de Freitas do Amaral was recognized by the World Economic Forum as one of the most influential people in the world.

The masculine name Diogo is the Portuguese version of Diego, which could be a shortened version of Santiago. The name Diego is ts the Latinized version of Didacus, and some suggest that it derives from the Greek word didache that means “teaching”. While the name Santiago means “Saint James”, and is taken from the Spanish word santo that means “saint” combined with the name Yago, which is an old Spanish form of James (the patron saint of Spain). The name James is the English version of the Late Latin name Iacomus that is derived from Iakobos that has many meanings.

The given name Diogo is a common masculine name in many places. Therefore, it is given to many notable people, from Diogo Amaral a Portuguese actor to Diogo Nogueira a Brazilian singer-songwriter.