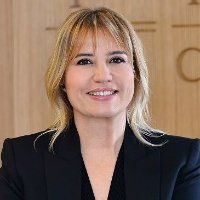 As the vice-president and general manager for business development at the New Devices Group at Intel Corporation, Aysegul Ildeniz has a lot of responsibilities. Her team is on a mission to define the future of silicon, from the features to the products, creating new business models to help Intel create new technologies in the future.

Before new role at Intel, Ildeniz was the regional director for the Middle East, Turkey, and Africa, a region of 67 countries. While she was in tenure, she managed to increase the business in the region, by expanding using innovative methods that were aimed at the first time buyer and the digital divide.

Ildeniz is also part of many different social responsibility initiatives, both regionally and globally. Right now she is the vice chair of the Technology Committee for OECD and also is the lead for the Turkish Businessmen Association’s Technology and Innovation Group. She is also the founder of the Women in IT Platform. In 2016, Aysegul Ildeniz was named one of the most influential Turkish-American women by Turk Of America a nationwide business magazine.