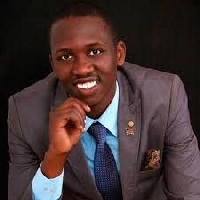 As the Managing Partner at Property Reality and Cape Gardens, Brian Gacara is busy at the real estate firm. Not to mention his work in commodity importation, as well as, his other businesses like large-scale farming or packing and selling locally produced rice.

At the young age of 23-years-old, he was the regional director for Tetra Pak located in west Africa. Then he went into the timber business, before getting into real estate. Now his is working on building a 120 unit estate located on Mombassa Road valued at around Sh800 million.

Currently, Gacara is also building luxury apartments in both Nakuru and Kiambu. He has even ventured into Rwanda to construct a hotel. In 2016, Brian Gacara was named one of the most influential Kenyan by Africa’s reputable and leading media and PR firm, Avance Media together with Jagari Designs.

The meaning of the masculine name Brian is not known for sure, however, it could be related to the old Celtic element bre that means “hill” or even “noble or high”. The name was given to the Irish king Brian Boru, who was able to thwart many attempts by the Vikings to conquer Ireland back in the 11th century. However, the name was common throughout Ireland before his time, and after he was slain was even more popular. The name was taken to England during the Middle Ages, by Breton settlers. After that the name became rare, but in the 20th century was revived again.