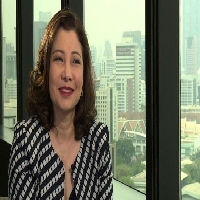 As the CEO of Siam Piwat, Chadatip Chutrakul has one goal: “to energize a district in Bangkok”. She remembers a time when many people thought that they were trying to do something impossible when Chutrakul announced the project.

Chutrakul, 55, is known as “the first lady of Siam Paragon,” for her work in her signature mall. To many people her mall is a global sensation, it is one of the world’s most visited and posted places on Instagram, besides the Eiffel Tower and Disneyland. It has taken more than six-decades to take the shopping center and hotel to the amazing complex of malls that it is today. Many have called her focused, while others in the retail industry had grown and expanded around the country, Chutrakul has stayed in one place remodeling when necessary.

Her energy project is a huge leap, as it takes the company into the land of Thonburi, which was the previous capital of Thailand a long time age. However, when development changed trajectories and moved to Bangkok, Thonburi became a run down ghost town. Chutrakul, or “The Queen of Siam,” has big plans to revitalize the “River of Kings,” as the Chao Phraya River translates to English. In 2016, Chadatip Chutrakul was named one of Asia’s 50 most powerful and influential business women by Forbes magazine.

The meaning of the Thai name Chadatip is unknown. This means that the name is not common and that there barely any notable people with the given name.

Are You a Tech Savvy Parent?
Pregnacy, baby & parenting: how well do you know these fact?