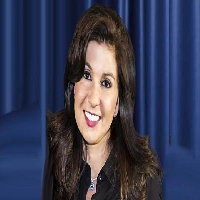 As the President of Sierra Nevada Corporation, Eren Ozmen has taken the company to being known as the “Top Woman-Owned Federal Contractors in the United States”. She could not have done it alone, and her husband Fatih Ozmen played a very active role in the management of the organization to help. Now many years later, Sierra Nevada Corporation has acquired many companies and expanded into over 30 locations in the United States, England, Turkey, and Germany.

Back in the 1980’s, Ozmen came to America from Turkey to gain a higher education. After earning her degree in business she joined the Sierra Nevada Corporation. She is known for maintaining a healthy balance between her work and personal life, by using family-friendly policies in the company. In fact, she even started a daycare for all employees. In 2016, Eren Ozmen was named one of the most influential Turkish-American women by Turk Of America a nationwide business magazine.

The masculine name Eren means “holy person” or “saint” in Turkish. However, the name has been used for many year, by tribal Turkish nomads and has many meanings. Some believe that it comes from the word er that means “man” taken from the first Turkish dictionary that was written by Mahmud of Kashgar. While others believe that was used by Muslim Oghuz Turks that were attempting to spread the Islamic faith. There are many notable people with the name, from Eren Albayrak the Turkish footballer to Eren Ozker the American puppeteer.