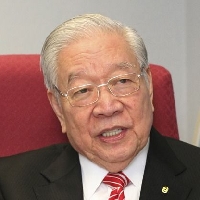 As the chairman and founder of the Public Bank Berhad in Malaysia, Teh Hong Piow is now considered one of Malaysia's wealthiest businessmen. He started in the banking sector as just a clerk at an Overseas Chinese Banking Corporation and quickly climbed the ladder to be an officer in just five years. Before leaving to set up his own bank, he was promoted to General Manager at the age of 34.

Teh is super qualified, as he got three degrees from the Pacific Western University and another two PhDs at Clayton University and the University Malaya. Not only did he found a bank, but he has been able to maintain a great track record of profitability throughout the years. This tycoon also owned a large part of the insurance businesses LPI Capital.

Over the years, he also funded a chair for applied research in finance and banking in his name at a local university – Tunku Abdul Rahman. He is also involve in many causes, from crime prevention to police officers welfare. In 2016, Teh Hong Piow was named one of Malaysia’s 50 Richest and influential people by Forbes Magazine.

The family name Teh is the romanized Malaysian version of the surname Zheng or Cheng, which is the name of an ancient state in Henan province. The masculine and feminine Chinese name Hong is taken from the character 虹  that means "rainbow", 弘  that means “expand, enlarge, or great”, or 鸿  that means “great, vast, or wild swan”. While the meaning of the name Piow is unknown.

While we are discussing the concept of first name-last name compatibility, here is another important perspective that you should consider. The first name you choose should match your last name. For instance, "John Smith" and "Robert Jones" are ....