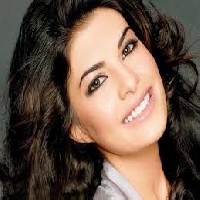 As a “global entertainer,” Jacqueline Fernandez is one of the most popular actresses in India. Born in Bahrain the Sri Lankan model and actress got into the business after winning the Miss Universe pageant in 2006. While she was on a modeling assignment in India back in 2009, she successfully got a role in Aladin.

However, many believe her big break in movies came in 2011 when she got a role in the psychological thriller Murder 2. She then appeared in Race 2 the action thriller and Housefull 2. In fact, her performance in Housefull 2, got her a Best Supporting Actress at IIFA. In 2016, Jacqueline Fernandez was named one of the most influential people in the country, as a Sri Lankan of the Year, at the Ada Derana Award Ceremony.

The name Jacqueline is the feminine form of Jacques, which is common in the English-speaking regions of the world. Some believe the masculine name Jacques is the French version of Jacob, which is taken from the Latin Iacobus that is from the Greek name Iakobus, ultimately derived from the Hebrew name Ya’aqov that means “supplanter” or “holder of the heel”.

While others believe the name Jacques is the French version of James, which is the English form of the Late Latin name Iacomus derived from Iakobos. This is an alternative for the New Testament Greek version of the Hebrew name Ya’aqov. Still, others believe that the name Jacob is from a hypothetical name, such as Ya’aqov’el that means “may God protect”.

Supplanter | Holder of the heel