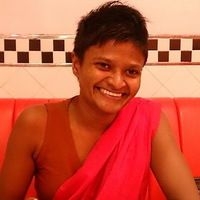 As the first Sri Lankan to summit Mount Everest, Jayanthi Kuru-Utumpala is proud of her accomplishment. She went on the Everest Expedition with Johann Peries, but only Jayanthi was able to make it to the top of the infamous mountain. Kuru-Utupala’s achievement ultimately ranked Sri Lanka as the fourth country in the world to have a woman reach the summit.

The expedition to the summit was supported by Mountaineering company, with two international mountain guides to give them support along the way. The trek was not easy, as they had to make an overnight journey through “the Death Zone,” but it was lit by the moon. Not to mention the lack of oxygen at 26,000ft up in the air, which makes breathing very difficult.

Without the Sherpa support, meals, logistic, and accommodation the expedition would not be possible. Peries and Kuru-Utumpala were accompanied by two Nepalese Sherpas – Ang Pasang and Ang Karma. In 2016, Jayanthi Kuru-Utumpala was named one of the most influential people in the country, as a Sri Lankan of the Year, at the Ada Derana Award Ceremony.

The feminine name Jayanthi is the southern Indian form of Jayanti, which is the female form of Jayanta. The name Jayanta is taken for the Sanskrit word jayanta that means “victorious”. Jayanthi is used in Kannada, Tamil and Indian cultures. There are many notable people with the name, from Princess Jayanti of Nepal, who is a member of the Nepalese royal family, to Jayanthi Kumaresh the Indian musician.

Choosing a name for your baby is indeed one of the greatest moments of euphoria for parents. The arrival of a baby in the family is the culmination of many months of planning and anticipation punctuated with periods of anxiety and concern.