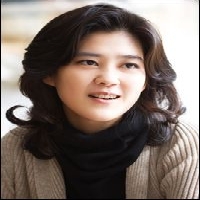 As the president and CEO of the Hotel Shilla, Lee Boo-jin has had a difficult year personally. Her divorce was made public at the end of 2015, and was appealed by her ex-husband only three weeks later on ground of child-custody. In fact, Lee stepped down from her leadership and advisory position as a result, at Samsung C&T. However, she is still at the helm of the Hotel Shilla division.

As the oldest daughter of the Lee Kun-hee the chairman of Samsung, she is worried about her father's health all the time. However, many see her as a key part of the Samsung empire and the next heiress to the company. All this despite the fact that Shilla took a hit back in 2015 when the MERS virus outbreak happened and fewer tourists from China were seen. However, business has once again started to pick up, as strong sales were seen from the outlet in Changi Airport. In 2016, Lee Boo-jin was named one of Asia’s 50 most powerful and influential business women by Forbes magazine.

For many years now, there has been a trend among parents to make up a name to further enhance their baby's unique identity. This is not an unwise idea. Many of the names used today were made up hundreds of years ago and did not necessarily have a specific meaning. The only problem ....