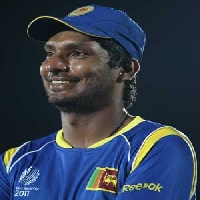 As the captain of the Sri Lankan national team, Kumar Sangakkara is regarded as “one of the world’s most influential cricketers.” He is rated as the “greatest ODI batsman that has ever played," in a public poll. In fact, he is considered one of Sri Lanka’s legendary match-winners and has had many formidable partnerships with other players.

Sangakkara is a left-handed top-order batsman, as well as, a record-breaking wicket-keeper, even though he no longer kept wickets toward the end of his Test career. Right now, he is ranked as the second highest run-scorer in ODI cricket. Plus, he is the fifth highest run scorer in Test cricket.

Many describe him as a “polished and prudent batsman,” as he has dominated the ICC Test rankings for a decade, from 2005 to 2015. In 2016, Kumar Sangakkara was named one of the most influential people in the country, as a Sri Lankan of the Year, at the Ada Derana Award Ceremony.

The masculine name Kumar is the modern version of Kumara, with is derived from the Sanskrit name kumara that means “boy” “prince” or “son”. In many Hindu texts, the name is an epithet to both the war god Skanda and the fire god Agni. It is common as a given name in Northern India but is a family name in many other places. There are many notable people with the name, from Kumar Sanu the Indian Bollywood playback singer to Kumar Vishwas the Hindu poet and professor.