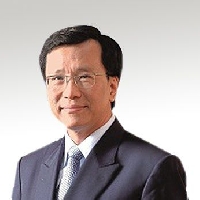 As the chairman of the Genting Group, Lim Kok Thay is in charge of the conglomerate's expansion globally within the gambling sector. The next plan is to build a 20th Century Fox theme park inspired by movies at the group’s flagship company – Resorts World Genting – which is located outside of Kuala Lumpur in 2017. He is working with the family fortune, which is currently shared between himself, his mother Lee Kim Hua, and others in the family.

The next goal, is to rejuvenate the cruise industry, therefore, he entered the “ultra-luxury travel industry”. For half a century, his company has been constructing the Resorts World Las Vegas at around $4 billion. Last year, Genting Hong Kong spent just over half a billion on a luxury cruise brand called Crystal Cruises, which has things like first-class air travel and submarine excursions.

During his career, he was honored with the national award titleship “Tan Sri” by Yang di-Pertuan Agong his Majesty. He was also recognized by Travel Trade Gazette Asia as the “Travel Entrepreneur of the Year”. Inside Asian Gaming named him “The Most Influential Person in Asian Gaming,” for all he has done for the travel and leisure industry. In 2016, Lim Kok Thay was named one of Malaysia’s 50 Richest and influential people by Forbes Magazine.

The name Lim is the Mandarin romanization of the Chinese surname that means “forest”. The name Kok is an alternative spelling to a common Chinese surname Guo, which means “the wall that surrounds a city”. The meaning of the name Thay is unknown.