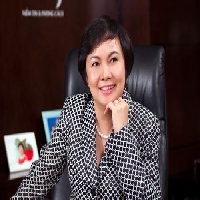 As the Chairman and CEO of Phu Nhuan Jewelry (PNJ), Cao Thi Ngoc Dung built the company into the biggest jewelry brand in Vietnam, with 200 stores and more than 3,000 employees. This is quite the feat as she started the store back in 1998 when she was just a state employee.

In 2015, PNJ had a profit of around $23 million and a revenue of $350 million. Many refer to Cao’s store as the Tiffany of Vietnam, because the store is similar to the United States jeweler in that it makes, designs, and sells its very own products.

Right now, Cao holds 17% of PNJ, which was listed on the market back in 2004 and is no longer under state control. She is considered by many to be an ambitious business woman who can get the job done right the first time. Holding down the “hot seat” for PNJ for over 10 years now, her leadership and management skill from other businesses she was involved in have been an asset. In 2016, Cao was named one of Asia’s 50 most powerful and influential business women by Forbes magazine.

Where Will You Be Bringing our Kid's to Hang Out?
How familiar are you with the changes in Mom's body during pregnancy?

Meet Mrs. And Mr. Davidson. When their baby daughter was born, they decided to call her Mary. Mary is a lovely classic name - not overused and certainly in no way out of fashion. The middle name had to be Ann after Mary's grandmother. That was a promise. Now what did the initials spell?