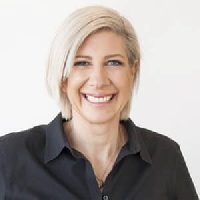 As the senior vice-president of revenue and ad operations at AnchorFree, Baglan Nurhan Rhymes has taken the lead at the world's largest internet freedom platform. To date, the business has over 400 million downloads.

She has been a large part of shaping, building and branding different technology start-ups located in Silicon Valley. Considered by many to be a “thought leader” in the business world, when working with digital media and innovative new technologies. Specifically, she has value in the monetization or making revenues with new digital or mobile advertising strategies.

Ms. Rhymes is skilled in many areas, from marketing initiatives to woking in e-commerce, even using sell-side branded advertising. Rhymes has a unique combination of technical and business skills that only a few people in her industry have. She is capable of working with everything from advertising to operations, business development to infrastructure, even software engineering.

In 2016, Baglan Nurhan Rhymes was named one of the most influential Turkish-American women by Turk Of America a nationwide business magazine. In fact, she was even awarded with a “congratulations letter” from Barack Obama the 44th President of the United States of America.

Lastly, there's a lot to be said for tradition. Naming the baby as per Numerology or even for the ancestors can have a positive impact on the baby's future. Even if you take these astrological signs with a pinch of salt, a little bit of extra luck never hurt anyone!..