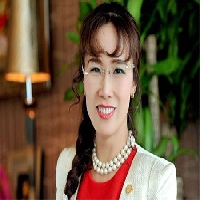 As the chairman and co-founder of Sovico Holdings, Nguyen Thi Phuong Thao is also a major shareholder too. She owns the international budget airline VietJet Air and the commercial HD Bank, and runs both companies too.

Recently, HD Bank merged with Dai A Bank back in 2014, and it is now considered one of the biggest “joint-stock commercial banks in Vietnam,” with over 10,000 employees and 225 branches. The company is always growing, in 2016 it purchased Societe Generale Veit Finance a consumer-owned company.

Since VietJet Air launched back in 2011, it has grown to a fleet of 29 aircraft with the largest share of the market. In 2016, Nguyen Thi Phuong Thao was named one of Asia’s 50 most powerful and influential business women by Forbes magazine.

Pregnacy, baby & parenting: how well do you know these fact?