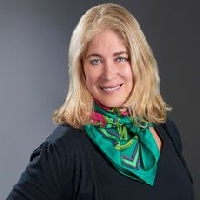 As the CEO of the Continental Intelligent Transportation Systems, Seval Oz is known as the “chief troublemaker” on her team. She is also the Senior New Business Development Manager at Google Inc., and supports both the marketing and business efforts for the self-driving technology commercial.

Seval is working on transparency in Government Elections as part of her new responsibility at Google Knowledge. She started this new effort back in 2011, after the national election in Egypt, Turkey, and Kyrgyzstan. Seval is more than qualified for her leadership positions, as her obtained her MBA from Wharton Business School and degrees in both economics and political science from Wellesley/M.I.T.

She is also on the Advisory Board at HealthCorps, which is a national health education program that was founded by Dr. Mehmet Oz and his wife. Not to mention, her role at Endeavor.Org, which is a high-impact entrepreneurship company that works with people around the world. Plus, she also spends time on the steering committee at the New York Public Library.

Recently, she was awarded the PWI Women in Technology Award for Courage at a banquet in San Francisco. In 2016, Seval Oz was named one of the most influential Turkish-American women by Turk Of America a nationwide business magazine.

The feminine name Seval is taken from the Turkish words sev that means “love” or “like” and al that means “grab” or “pick up”. The name is rare, therefore, only a few notable people have the name, like Seval Kirac the Turkish actor.

In most parts of the world, baby name origins have a clear-cut history, track record and rationale. Before we tell you more about baby name origins and how little ones are endowed with their primary identity, Let us share a few facts....