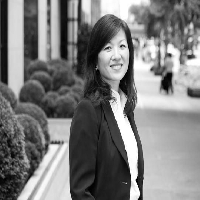 As the director of TKG+, Shelly Wu aims to bring experimental art in many different media forms to the world.  According to Wu, the art market in Taiwan has been through many ups and downs, as it is more mature that other countries. She launched the company in 2009 in an attempt to bring Taiwanese artists from the gallery to the international stage. This has been successful, as last year Wu Tien-Chang showed at the Venice Biennale and Jao-Chaie is expected to appear at the Guggenheim in New York.

As the daughter of Tina Keng an established gallerist, she has the know-how and support to change the landscape in the art world in Asia and around the world. Although Taiwan has a big collector base, it is thought to have only conservative pieces when compared to any of its regional counterparts. In 2016, Shelly Wu was named by Apollo Magazine as one of the 40 under 40 most influential artists in the Asia Pacific.

The masculine and feminine name Shelly is a variant of Shelley, which is taken from a surname that was originally derived from a place name that means “clearing on a bank” in Old English. In the beginning, the name was commonly given to men. It wasn’t until 1940s that the name became common as a given name for females. The name is given to many notable people and is even used for a character from the television show Twin Peaks – Shelly Johnson.

Clearing on a bank