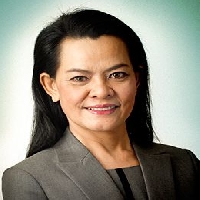 As the CEO of Banpu, Somruedee Chaimongkol she is a rarity in a male-dominated industry. In fact, she has spent her whole career at Banpu, which is one of the largest energy companies in Southeast Asia. The company has stakes in power generation all over the country.

It was a shock to many when the founder Chanin Vongkusolkit named Chaimongkol as the CEO last year when he stepped down. Not to mention the fact that Vongkusolkit chose someone outside of the family and was female to top it off. In fact, Chaimongkol has earned the nickname “Asia’s First Lady of Coal”.

However, she has all the qualifications necessary to run a company like Banpu. Chaimongkol obtained a bachelor’s degree in accounting from Bangkok University. Then went on to graduate from Harvard Business School.

Even though the revenue from last year fell by 19% to $2.5 billion, it was not because of Chaimongkol’s leadership, but because of depressed coal demand. To deal with this issue, Banpu plans to do a spin off and list the power generation division of the company. In 2016, Somruedee Chaimongkol was named one of Asia’s 50 most powerful and influential business women by Forbes magazine.

The meaning of the female Thai name Somruedee is unknown. It is not a common name and therefore there are not a lot of notable people with the name. The same goes for the surname Chaimongkol, which is not common and the meaning is also unknown.

Any Worlds of Choices for Baby Boy Names

The nine months that precede the arrival of your sweet bundle of joy is marked with hectic activity and fervor. There is a special room to decorate, furniture to buy and hospitals to visit.