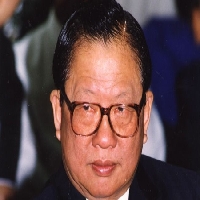 As a self-made businessman, Yeoh Tiong Lay has made his mark in many industries, from real estate to construction. However, his net worth went down last year as the 60-year-old company – YTL Corp – did not make the same revenues. This was all due to the lower fuel prices, which specifically impacted his utilities business.

The organization also runs a property development and hotel business in Malaysia, on a 2,000-acre plot of land. It also owns PowerSeraya, which a very large power plant in Singapore. As well as, co-owning the Eastern & Oriental Express a luxury train that runs from Thailand to Singapore. Moreover, is also owns the Ritz-Carlton located in Kuala Lumpur.

Back in 2014, Yeoh donated $11 million to the King’s College London to set up a Centre for Politics, Law, and Philosophy, which was named after him. In fact, he has even involved all his children in the business, with his oldest son, Francis at the helm.

Throughout his career, he has been honored with many awards, like the Order of the Rising Sun from the Emperor of Japan. In 2016, Yeoh Tiong Lay was named one of Malaysia’s 50 Richest and influential people by Forbes Magazine.

"Archer" or "Drawing a bow"

How much do you understand about baby growth?