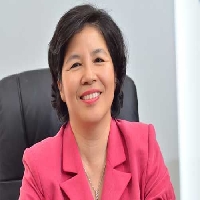 As the CEO of Vietnam Dairy Products JSC or Vinamilk, Mai Kieu Lien is a dynamic leader who has been able to transform the company into a profitable brand. Not only that but she was able to turn Vinamilk into one of the most respected names in Asia.

She started her career as a Technology Engineer in charge of yogurt and condensed milk production at Truong Tho Dairy Factory. Then, she was put in charge of production at the Thong Nhat Dairy Factory as the Vice Technical Director. After she completed her schooling at the Leningrad Institute of Engineering and Economics she was appointed the Deputy Chief Executive Officer. Finally, she moved on to become the CEO of Vietnam Dairy Products Company.

In 2012, she was the first Vietnamese woman to be named by Forbes as one of the top 50 powerful businesswomen in Asia. Currently, she is one of the wealthiest individuals in Vietnam, when it comes to stock wealth. In 2016, Mai Kieu Lien was on the list of the 20 most influential women in Vietnam by Forbes magazine on International Women’s Day.

The surname Mai is taken from the Sino-Vietnamese character 梅 that means “apricot” or “plum”. The name comes from a the Mei clan, who lived in a place that was near a mountain lined with plum trees. The name Kieu is used a both a Vietnamese surname and given name and means “to be pretty”. The name Lien possibly means “successive” and signifies inner strength.